What is this show?

A bold and absurdly comic play about loss, suggestion, and the power of the mind. The Hypnotist will be joined onstage by Father (a different guest actor each performance–who has neither seen, nor read the play) A dazzling balance of gripping story and rich theatricality. Utah premiere. 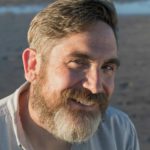 Mark Fossen has worked as an actor, director, dramaturg, and teacher in the Salt Lake Area since 2005. His directing credits include work with the University of Utah, Westminster College, The Grand Theatre, Pinnacle Acting Company, Wasatch Theatre, Utah Repertory, and Silver Summit. As an actor, he has been seen in many Plan-B Theatre shows, including CLEARING BOMBS, for which he won the 2014 City Weekly ARTY award for Best Theatre Performance. Other local acting credits include work with Sackerson, PYGmalion, Meat & Potato, and Salt Lake Shakespeare. National credits include work at the California and Idaho Shakespeare Festivals, Berkeley Repertory Theatre, San Francisco’s Thick Description, and Chicago’s legendary Steppenwolf. He is a graduate of the University of Utah’s Theatre Studies Program, graduating Magna Cum Laude, and is currently pursuing an MFA at the University of Idaho in Theatre Studies. More information available at: http:/markfossen.info 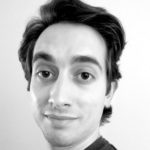 Davey Morrison Dillard is an actor, writer, and director from Provo, Utah. Some of his favorite roles include RICHARD III, Hermia in A MIDSUMMER NIGHT’S DREAM, Kate in THE TAMING OF THE SHREW (Grassroots Shakespeare Company); and Kilroy in DON’T DRINK THE WATER (Hale Center Theater Orem). Film credits include Alexis Thrill in WELCOME TO THE RUBBER ROOM (directed by Trent Harris) and Balzac in EUGENIE (BYUtv). Davey is also the co-creator and co-star of the Adam & Eve web series, found at www.adamandeveseries.com. He is thrilled to be making his Sackerson debut with so many dear, brilliant friends! 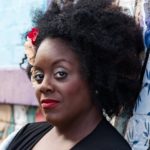 Dee-Dee Darby-Duffin is an actor, singer and director in Salt Lake City. Past acting credits include DOUBT, [TITLE OF SHOW] (Utah Rep); NOTHING PERSONAL, THE THIRD CROSSING, SLAM 2012 (Plan-B); MESSIAH, CROWNS, 1940’S RADIO HOUR, YOU CAN’T TAKE IT WITH YOU (The Grand Theatre); WOMEN OF LOCKERBIE, LADY DAY AT EMERSON BAR AND GRILL, WELL (Pygmalion); HOLIDAY TIME WITH THE ODETTE’S, FENCES< VAGINA MONOLOGUES (Good Company Theatre); FOR COLORED GIRLS WHO HAVE COMMITTED SUICIDE WHEN THE RAINBOW IS ENUF, THE EXONERATED (People Productions); HAIRSPRAY, CIVIL WAR, ANNIE, BIG RIVER (Centerpoint Legacy Theatre); TSEPHANGE (Sundance Lab). Directing credits include A SEAS INSIDE OF ME, THE LIFE OF JASON SMITH and lots of theater coaching to elementary school children. Fearless is the mantra for 2016. 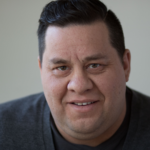 Jake Ben Suazo started doing improv in Utah with Comedysportz (Provo) and has studied IO (Chicago). Over the past twenty years he’s taught improv to high schools and colleges. Jake is has a Masters in Acting from Northern Illinois University and is a graduate of Utah Valley University. He has appeared in theatre, television and films in Utah. You may have recently seen him play Lenny in the film INSPIRED GUNS. 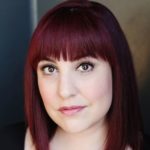 Olivia Custodio is jumping for joy to be a part of the Fringe Festival! This fall, you will see her as Ana in BURN (Sackerson) by Morag Shepherd. You may have recently seen her as Elizabeth in STREETLIGHT WOODPECKER (SLAC), the Museum Director in ART DOG (SLAC), Heavenly Mother in SATURDAY’S VOYEUR (SLAC), Domina in A FUNNY THING HAPPENED ON THE WAY TO THE FORUM (University of Utah), Eunice in A STREETCAR NAMED DESIRE (Radical Hospitality Theater), or as the understudy for Sue Mengers in I’LL EAT YOU LAST (SLAC). Olivia has a BFA from Carnegie Mellon University and her Masters in Music from the University of Utah. She has sung leading roles in such operas as LA VOIX HUMAINE, HANSEL AND GRETEL, and FALSTAFF. A lover of all things comical, Olivia studied improv at The Second City in Chicago and hopes to one day get famous on YouTube for something random that took very little effort. Love to Dan, her family, and her one and only pug, Otis. 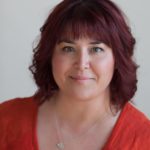 Kris Wing Jennings is an actor, director, and educator who recently finished an MFA in Staging Shakespeare at the University of Exeter in Devon, UK.  In May 2014, she completed an internship with the Tony-Award-winning Utah Shakespeare Festival.  She completed acting and directing coursework at Shakespeare’s Globe Theatre in London where she studied under Philip Bird, Glynn Macdonald, and Yvonne Morley.  She is a theatre education professor at BYU, where she will be directing Young Company’s CYRANO, and an acting professor at Snow College where she will direct MUCH ADO ABOUT NOTHING in the fall of 2016.  Her recent credits include: DANCING AT LUGHNASA (Maggie), A DAY IN THE DEATH OF JOE EGG (Sheila), MACBETH (Director), and ROMEO AND JULIET (Romeo).  She is the co-founder of Happy Accidents Theatre Company and Dark Lady Shakespeare Company. 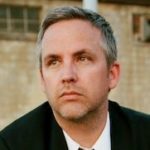 Brett Merritt has been acting for 18 years. Some of his his favorite theatrical roles over that time include Gary/Roger in NOISES OFF, Baker in INTO THE WOODS, Man in Chair in THE DROWSY CHAPERONE, Freddy in DIRTY ROTTEN SCOUNDRELS, and Benedick in MUCH ADO ABOUT NOTHING, among others. He has recently appeared in the films ONE I WAS A BEEHIVE and THE SARATOV APPROACH. He has a degree in English and works in software marketing by day. He has two kids he loves more than anything. 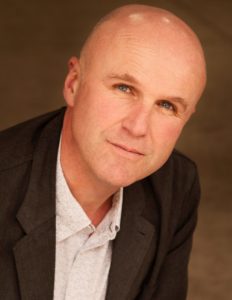 Tim is an OBIE award-winning British playwright and theatre maker. He was an actor for many years before starting to write – and still performs in much of his work. His plays for adult audiences include My Arm (Prix Italia, 2004), ENGLAND – a play for galleries (Fringe First, Herald Angel and Total Theatre Award, 2007), An Oak Tree (OBIE, 2007), The Author (a Royal Court Theatre commission, winner of a Total Theatre award and the John Whiting Award, 2010), what happens to the hope at the end of the evening (Almeida, 2013) and Adler & Gibb (a Royal Court Theatre co-commission with the Center Theatre Group, LA, 2014).

He has also written for younger audiences, including Shopping for Shoes (Brian Way Award for best young person’s play, 2007) and a series of five plays inspired by Shakespeare’s lesser characters – I, Shakespeare.  I, Cinna (the poet) was commissioned and produced by the Royal Shakespeare Company (RSC) in 2012 and was nominated for the Writers Guild of Great Britain’s award for Best Play for Younger Audiences. I, Malvolio played at the New Victory Theatre on 42nd Street, NYC, in January 2013 and continues to tour extensively around the world. For the RSC Tim has edited and directed The Taming of the Shrew and King Lear – for young audiences. His production of King Lear played at the Park Avenue Armoury, NYC, in 2012 and was filmed for New York City’s Department of Education. Tim has worked as a writer on other projects including May for Probe dance company and Cadavre Exquis for the Dutch company Kassys, in collaboration with the Nature Theatre of Oklahoma and Nicole Beutler. Tim tours his work extensively – both nationally and internationally. Tim Crouch: Plays One is published by Oberon Books.

Tim is currently under commission to the Unicorn Theatre, London. His latest show, The Complete Deaths is a collaboration with award winning group Spymonkey. It is currently touring the UK.