a play by Morag Shepherd

Red. Patchy. Hot to the touch. Scaly. Increased sensitivity to the sun.

CONTENT ADVISORY: Language, and like they say on the radio “this play acknowledges the existence of sex.” 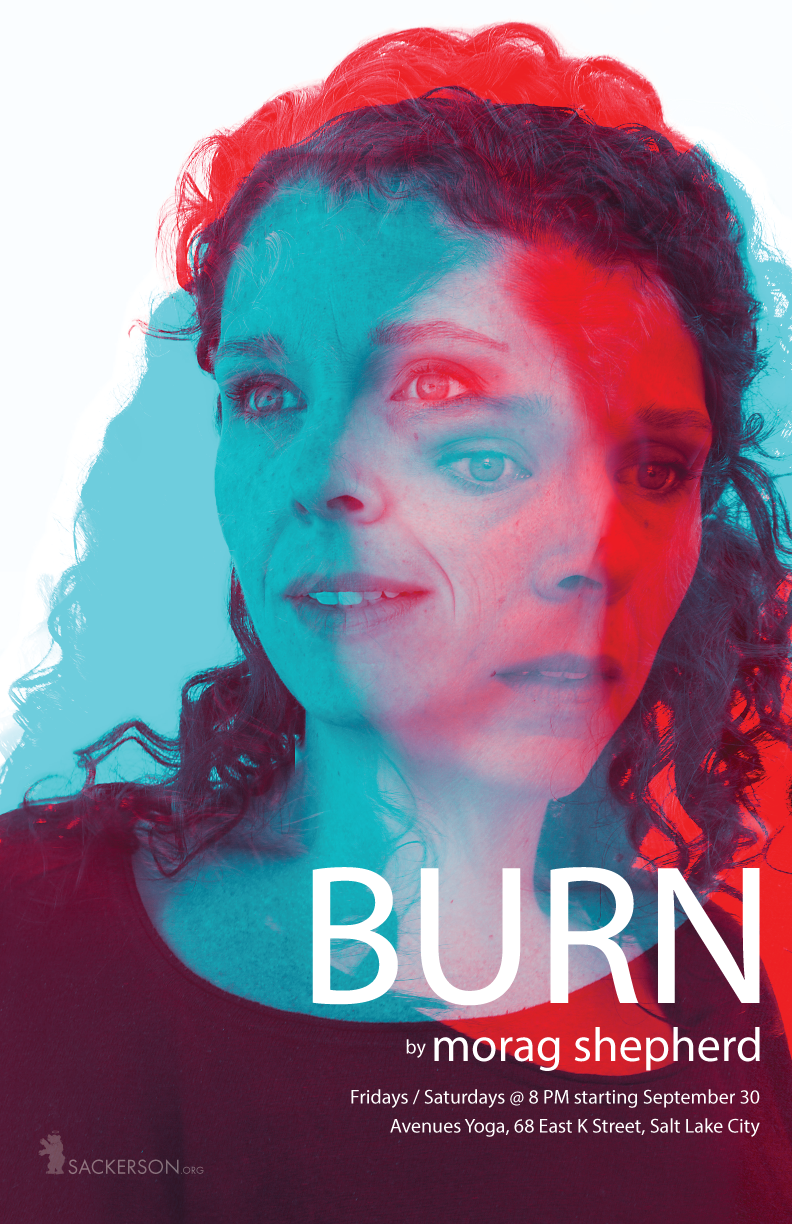 Elizabeth Golden (ALLISON) is pleased to be playing Allison as her first role since returning home to Utah. She has recently graduated with an MFA, from Birmingham School of Acting in the UK, where she studied acting in the British tradition. Her previous roles include Shylock (MERCHANT OF VENICE), Gertrude (HAMLET), Helen (THE VORTEX) Lori (GETHSEMANE) and Ursula (VINCENT IN BRIXTON), for which she received an award from the Kennedy Center of Performing Arts.

Olivia Custodio (ANA) is honored to join the Sackerson family. You may have recently seen her as Elizabeth in STREETLIGHT WOODPECKER (SLAC), the Museum Director in ART DOG (SLAC), Heavenly Mother in SATURDAY’S VOYEUR (SLAC), Domina in A FUNNY THING HAPPENED ON THE WAY TO THE FORUM (University of Utah), Eunice in A STREETCAR NAMED DESIRE (Radical Hospitality Theater), or as the understudy for Sue Mengers in I’LL EAT YOU LAST (SLAC). Olivia has a BFA from Carnegie Mellon University and her Masters in Music from the University of Utah. She has sung leading roles in such operas as LA VOIX HUMAINE, HANSEL AND GRETEL, and FALSTAFF. A lover of all things comical, Olivia has studied improv at The Second City in Chicago and hopes to one day get famous on YouTube for something random that took very little effort. Love to Dan, her family, and her one and only pug, Otis.

Aaron Kramer (CLARK) graduated with a degree in Theater Studies from the University of Utah. This is his first time working with Sackerson and is very excited to be doing so. Recent credits include ELIZABETH BAM (Great Salt Lake Fringe Fest) THE FULL MONTY (Grand Theater) BURIED CHILD (Silver Summit) and THE LITTLE DOG LAUGHED (Wasatch Theater). Aaron would like to thank his loved ones for their consistent support.

McKenzie Steele Foster (RILEY) is an actor/human. Her most recent credits include Sackerson’s THE WORST THING I’VE EVER DONE and Feste (TWELFTH NIGHT)/ Cleopatra (ANTONY & CLEOPATRA) in Grassroots Shakespeare Company’s summer tour. She is more than thrilled to be involved with another Sackerson production.