How long can you stand on the train tracks: a game for two sisters

How long can you stand on the train tracks: a game for two sisters

a play by Morag Shepherd

A game. A train. An echo of death.

A game for two sisters. Two sisters: Charlie and Pepper—both in love with Grayson. Their father is a digger, a stranger. Their mother has kaleidoscopes for eyes.

An echo of love. Love that tastes like the ocean, and steel, and glass in your eyes. 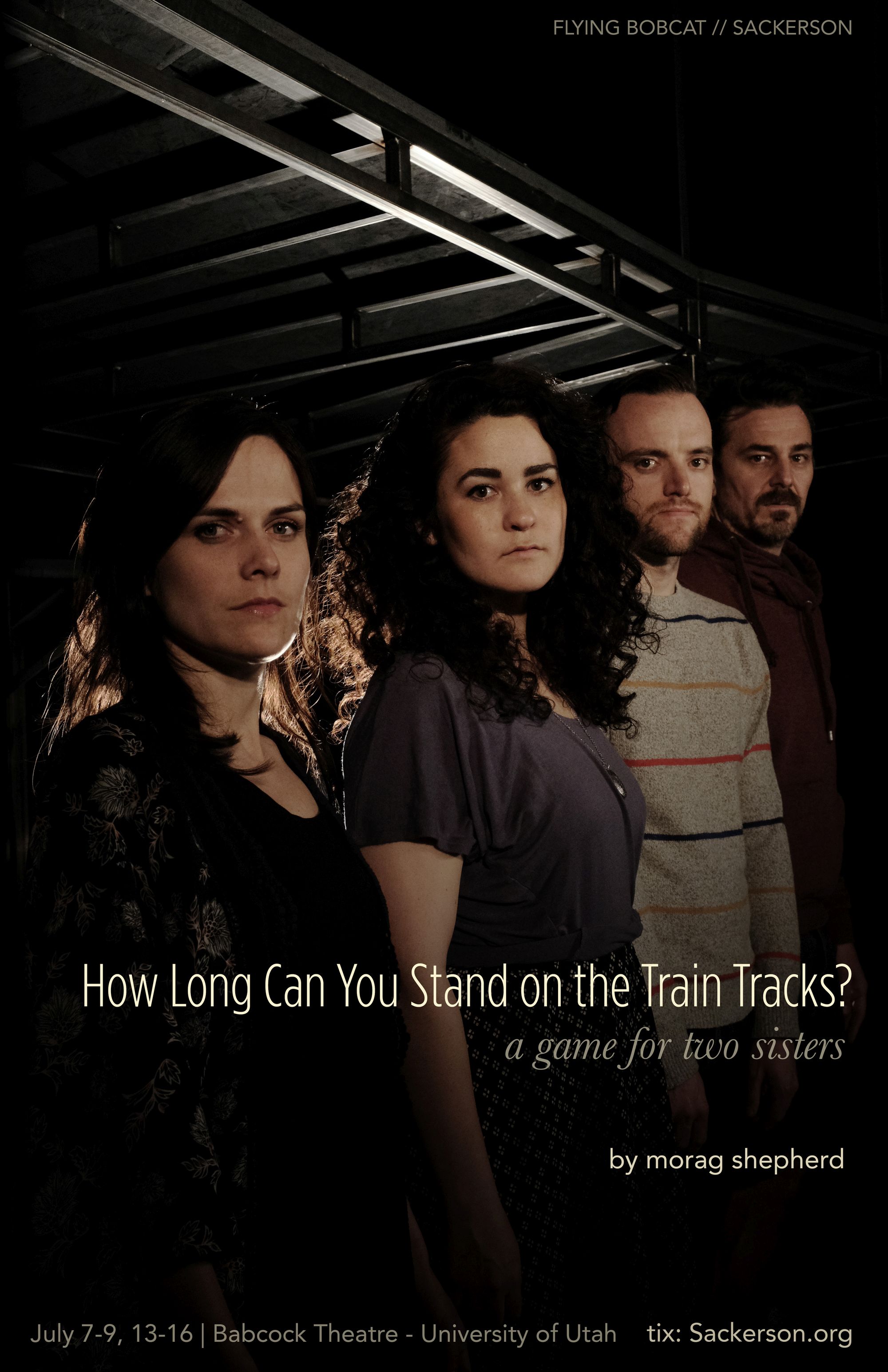 Nicki Nixon (PEPPER) is excited to join Sackerson and Flying Bobcat. Recent credits include Antigone in TOO MUCH MEMORY (Salt Lake Acting Company), Annelle in STEEL MAGNOLIAS (Pinnacle Acting Company), Michella in TRANSMORFERS (Off Broadway Theater), and Princess Justine in PUSS’N’BOOTS (Utah Children’s Theatre). She is a proud graduate of Weber State University’s Theatre Arts Program, where some of her favorite roles include Tess in SIX DEGREES OF SEPARATION, Angie/Dull Gret in TOP GIRLS, and Eve in WAITING FOR THE PARADE. She was also give the opportunity to perform as a Weird Woman in MACBETH at the John F. Kennedy Center for the Performing Arts in Washington, D.C.

Additionally, we have had the privilege of working on the set of Two Noble Kinsmen by Set Designer Zoë Cathryn Fetters.

Morag Shepherd, originally from Scotland, is the resident playwright at Sackerson in Salt Lake City, where her plays BURN, THE WORST THING I’VE EVER DONE (performed in a box by one actor for an audience of one at a time), BEFORE THE BEEP (performed in weekly installments via voicemail) and POPPY’S IN THE SAND have premiered, the latter also playing Great Salt Lake Fringe and San Diego International Fringe Festivals. Sackerson will premiere her play BURN in the fall of 2016.